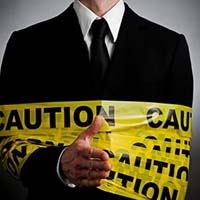 Beware of HubSpot Hal. And, be careful that HubSpot Hal is not actually YOU! Here is another “how not to do it” story from the modern world of marketing.

In Clicksand, I spent a lot of time talking about how marketing automation tools like HubSpot (and Pardot and Marketo and Eloqua and the others) can actually ruin your chances of building real, authentic relationships. Let me share a real-life example of how this happened with me recently.

I have a good friend Nick, who is a regular hiker. He and I have talked for a few years about spending some time hiking together on the Appalachian Trail. This summer, he told me that he had a hike planned and asked if I wanted to come along. I eagerly accepted. Nick explained that he had two other friends who were also coming along, so there would be four of us on the trip.

The next day, Nick sent an email to the other two hikers (we’ll call them Jack and Hal) to let them know I would be hitting the trail with the group. Jack and Hal both sent nice little notes back saying welcome, and Hal joked “as part of the new hiker initiation, you are required to carry Jack’s and my packs for 9 miles each day. Welcome aboard!”

Things were off to a nice, cordial start. Soon after though, Hal turned into HubSpot Hal.

The tiger shows his stripes

Remember that my introduction to Hal was a personal one—not in any way a business relationship. And our interaction was limited to that one email exchange of 23 words.  Regardless, Hal then decided to take my email address and add it to his company’s HubSpot program.

Within days, I started getting automated emails from his company that I had never asked for. Hal had taken a personal introduction from a mutual friend and turned me into a business prospect; bombarding me with a never-ending string of marketing emails.

Let me reiterate: Hal and I did not meet in a business setting. This was completely personal. This means that Hal believes everyone he runs into, no matter how briefly or in what context, should be thrown into his marketing automation junk machine.

Hal is the modern-day equivalent of the leisure-suit wearing guy hitting on every girl he runs into, trying to make another conquest. He’s the creepy cousin who pitches relatives on his latest get-rich-quick-scheme at a wedding reception. He justifies this behavior, like all such sleazy pitchmen do, by figuring “Hey, anyone can opt out if they don’t want to receive the messages, right?”

Like millions of business owners, Hal has fallen for the idea that to be successful, you have to pound away at people with marketing automation tools until they give in. It’s the way these tools are built—because companies like HubSpot make more money if the Hals of the world send ever more messages to non-consenting people like you and me.

One thing Hal did not consider is that not only did this diminish him in my eyes, it also reflected poorly on our mutual friend Nick, who made the introduction. If this is the kind of guy that Nick hangs out with, then maybe I should reconsider my relationship with Nick? At the very least, I’m certainly not interested in meeting any more of his friends!  Or worse, is Nick getting some kind of kickback for bringing his friends to Hal?

Luckily, in this particular case, I’ve known Nick for many years, so my relationship with him is strong enough to withstand this HubSpot Hal event. But what if that wasn’t the case? Unfortunately, in my experience, businesspeople like Hal are so focused on their own goals that they never even consider the negative effect they might be having on other people and their relationships. Hal never stopped to think that he might be hurting Nick by treating Nick’s friends so poorly.

The rest of the story

There is another interesting subplot to my story with HubSpot Hal, that neither he nor Nick know. It turns out that Hal owns a marketing firm that convinces businesses to use HubSpot as their primary marketing vehicle. So not only does Hal treat everyone he personally meets like a “mark,” he also takes it a step further by advising lots of other businesses to do the same thing.

I knew of Hal’s company but had never met him before Nick made the introduction, and I had no idea that Nick knew Hal or that they were hiking buddies. Interestingly, the reason I knew of Hal’s company before this experience is that over the last few years, several of his customers had actually left him and come to us at Civilis Consulting!

Our business at Civilis Consulting is driven by a constant stream of companies who have realized that the marketing automation approach taught by pitchmen like Hal were not right for them. It didn’t work and more importantly, it conflicted with their values about how people should be treated.

The companies that came to us from HubSpot Hal wanted to find a way to succeed with real, authentic relationships that aren’t based on a set of pitchman tactics.

The good news is that if you are tired of getting advice (that doesn’t work and that feels a bit creepy), let us show you how to succeed without being a HubSpot Hal. Oh, and let me know if you want to go hiking on the Appalachian Trail sometime. If you’d like help forging stronger relationships – with your prospects, clients, or team members – please Get in Touch.

Speak Only if It Improves upon the Silence: Reducing Social Media Noise 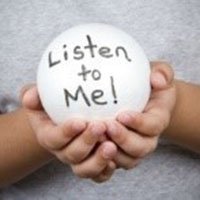 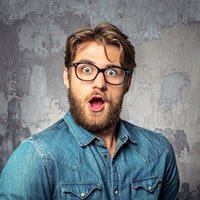 How to Capitalize on Your Marketing Success 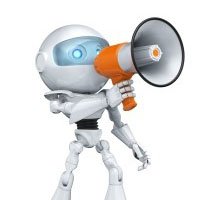 Marketing Automation: What Is It and Do I Need It? 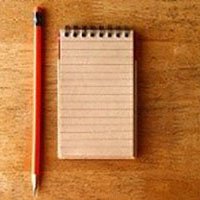 How to Come Up with Blog Article Topics

The Universe of Potential Relationships, Part 3: People You Can Build Rapport...