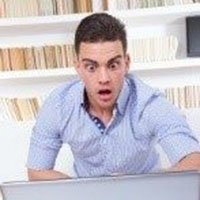 “…since you haven’t responded to my earlier emails, you must not be interested in what I have to offer you.”

That’s the most recent in a string of emails that we’ve been receiving regularly from a CEO who wants to earn our business.

These emails come directly from that company’s CEO and are personally addressed to our CEO, so they look and feel like personal messages. And, each one of them has been a little more strident than the last—the tone of the last couple have been downright rude. No, there’s no option for opting out or unsubscribing from these emails, like there would be under normal circumstances. It’s an endless barrage of rude, automated messaging.

So, these increasingly annoying emails, from a guy who probably has no idea he’s being offensive, continue to arrive.

What’s worse, we know the offending CEO personally and believe he’d never be as rude in person as he is in these marketing emails; that he’d probably be pretty embarrassed if he understood the image he’s projecting.

So, what do we think is really going on? This CEO’s company probably has fallen into the trap of marketing automation. His company has email marketing automation software, and a person in the marketing department who monitors the metrics the software generates. He and his marketing person are operating from behind a dashboard of metrics and clicks. The problem here is that metrics don’t allow you see the look of disgust on a person’s face when they’ve opened your annoying email for the hundredth time.

This behavior has become so common that it actually has a name: It’s called the Online Disinhibition Effect. Put simply, it’s what makes people say and do things online that they’d never dream of saying or doing in person. It’s what makes people leave nasty comments on Facebook pages, or engage in online trolling and bullying.

Say something awful to a person’s face and you must deal with the consequences—they might burst into tears, yell or even take a swing at you. But online, recipients are anonymous. You’re separated by distance and computer screens, and you never have to see the real human’s emotional reaction to what you say. In the case of these emails, their message is not crafted to an individual, but rather a group, the 80 percent of recipients who don’t click email links.

So, the next email sent ratchets up the language, like the poke of a sharp stick, in hopes of getting a click out of the recipient.

It’s a bit like being in your car: When you’re driving, you’re distanced from other people, protected by your windshield, your music, and your controlled climate. Other drivers are just strangers you’ll never see again. You might not even think twice about cutting someone off in traffic because they’re just a car in a long line of a thousand other cars—they’re not human beings trying to pick their kids up from school or get to their meeting on time.

It’s why minute annoyances escalate into road rage. Think of how strange and irrational it would be to flip off a person who was, say, in line in front of you to buy groceries and taking too long to check-out? It happens all the time in traffic.

Marketing automation: Use it wisely

Not all marketing automation is damaging: It has its place. But if used unwisely it can turn a company’s list of contacts into an amorphous blob, an impersonal list of metrics. It removes the human touch. It forgets that we’re not a blob; we’re individuals, with unique personalities, unique business situations, and unique needs. And furthermore, we know who’s sending us these emails. They’re coming with a real human being’s name in the “from” field, and we add a negative mental tally mark to their name every time they send a rude or inconsiderate email.

It’s an easy trap to fall into, this bad-mannered marketing. And it can totally wreck your company’s reputation.

The importance of the human touch

There are ways to personalize—you might even say “humanize”—marketing communication. One-to-one communication through social and digital channels is a great place to start, as it helps to avoid the pitfalls of marketing automation by allowing more personalized feedback. In the end, you want to find a model that treats people, well—the way you’d treat them if they came into your office.

Sure, marketing automation can save your company money. It can generate reports that tell you who’s responding to your message (you then decide whether to use the soft sell or the sharp stick). It can even create short-term business gains. But what message are you really sending in the long run? Does this kind of communication make your company look like it genuinely cares about the people it’s communicating with? Or is your company coming across as bossy and arrogant?

If it’s the latter, you might want to consider how that will affect people’s desire to do business with you. Would it work on you if the shoe were on the other foot? Chances are you already know that answer because you’ve sat aghast after opening the same kind of email we mentioned at the beginning of this article.

If you’re worried that your marketing has erred on the side of insolence, we can show you how to market better. 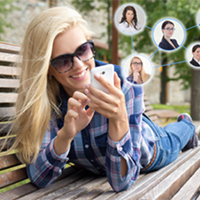 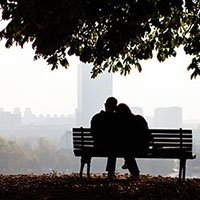 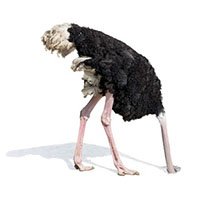 You Can’t Replace You with Marketing Automation 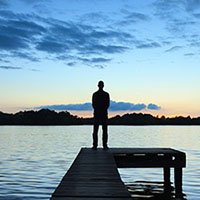 Speak Only if It Improves upon the Silence: Reducing Social Media Noise

The Evolution of the Technological Relationship
Scroll to top